Subscribe to receive 2 free recipe eBooks!
Trending: Kroll’s Kookies
This slow cooker pork tenderloin is cooked with warm spices such as cinnamon and Allspice and is slightly sweetened with fresh apples and apple jelly. Serve with rice and a green veggie to round out the meal. An easy crock pot dinner your whole family will enjoy! 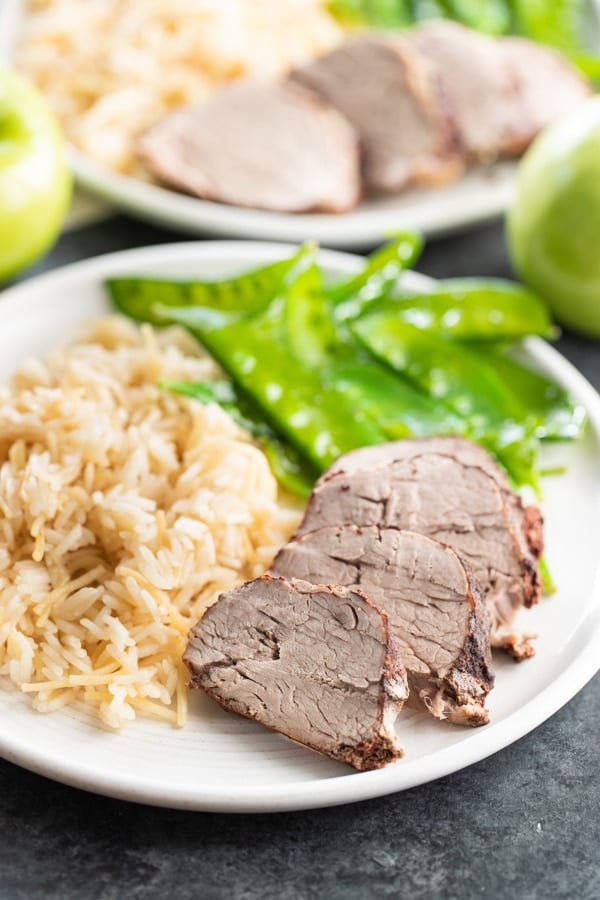 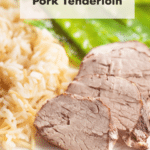 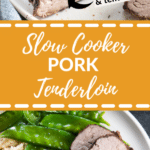 Pork tenderloin is a lean and delicately flavored meat. Since the meat is lean, it takes to marinades and sauces very well and cooks up perfectly in the slow cooker.

Anytime we want an easy, yet delectably delicious meal, the slow cooker does the trick.

Lately our favorite crock pot/slow cooker meals for dinner have been this Chicken Chili and these steak bites served with rice and veggies.

We have loved including this slow cooker pork tenderloin into our menu rotation because it’s unique in flavor and makes for perfect leftovers for lunch the next day.

Plus, I’m all about making dinner recipes as low prep as possible without compromising taste or flavor!

Pork Tenderloin: I used two, 1 lb. tenderloins. You will want to look for the long piece of meat (about 7-8 inches) and not a pork loin.

Salt and Pepper: season the pork with a generous pinch of salt and pepper in addition to the cinnamon and allspice.

Apple jelly: The apple jelly melts over the pork in the slow cooker creating a delicious glaze.

Honey: Optional for a hint of sweetness.

Apples: This pork is slowly cooked on a bed of sliced apples resulting in a fork tender flavorful protein.

How to cook pork tenderloin in the crock pot

Combine the cinnamon, allspice, salt and pepper and rub all over the pork.

Coat the slow cooker with cooking spray. Place the pork in and pour the apple jelly over the pork. (Add in honey at this point too if desired).

Lay the apples on top of and around the pork and add 1 cup water. Cover and cook on HIGH for 4 hours or until tender.

Cook until a meat thermometer inserted in the largest part of the tenderloins reads 145°F.

My recipe calls for 2 pork tenderloins but you can easily halve the recipe if needed.

Cook until a meat thermometer inserted in the largest part of the tenderloins reads 145°F.

Feel free to add in vegetables such as potatoes or carrots! Cut them into larger pieces so they don’t get mushy or overcook.

How long to cook pork tenderloin

You will want to cook this pork tenderloin on HIGH for 4 hours or LOW for 6 hours for fall-apart, tender, juicy pork.

Fall-apart, juicy pork tenderloin cooked in the slow cooker. Serve with rice and a green veggie to round out the meal. An easy crock pot dinner your whole family will enjoy! #krollskorner Click To Tweet

What to do with leftovers

Store in an airtight container in the fridge for lunch or leftovers for dinner for up to 3 days. You can also freeze for up to 3 months and when ready to eat, defrost in the fridge and reheat on the stove or in the microwave.

More pork recipes you will love

Thank you so much for reading & supporting Kroll’s Korner! This post includes affiliate links for products I actually use in my own home and personally recommend. Should you make a purchase using one of these links, Kroll’s Korner will earn a small commission at no extra cost to you, which helps me continue to bring you great original content. Thank you! 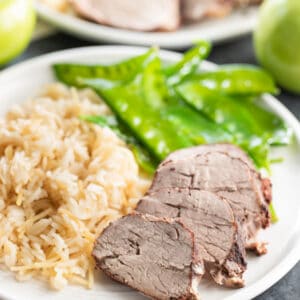 Optional pro tip step:  Sear the pork tenderloin before placing in slow cooker. When the meat is seared, it allows for more complex flavors to be released when meat is cooking.
Find Kroll’s Korner on Instagram!Mention @krolls_korner or tag #krollskorner 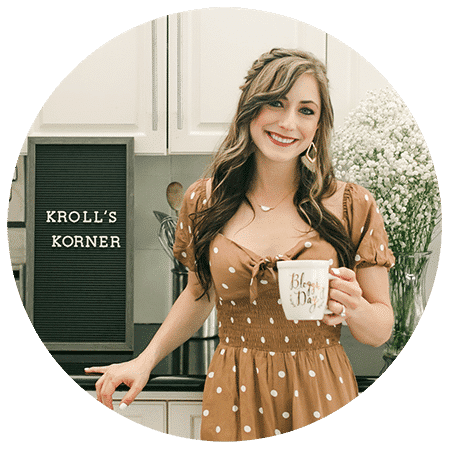 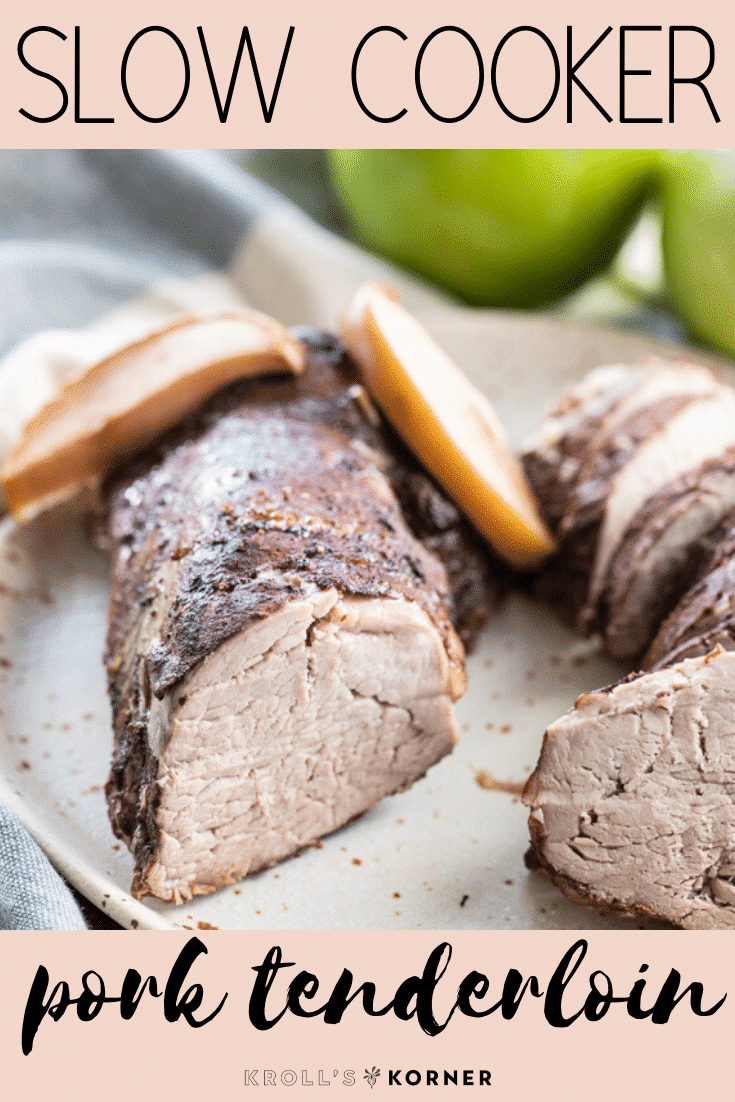