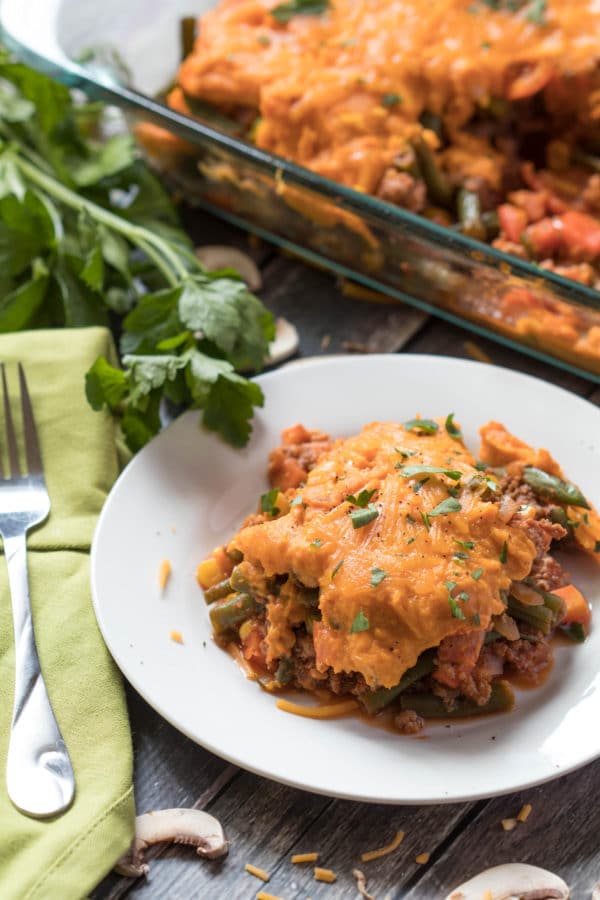 This healthy shepherd’s pie is layered with ground turkey and veggies topped with whipped sweet potatoes and a savory mushroom gravy.

The other day my friend posted a Snapchat of something that looked delicious and I HAD to ask her what it was of course. She told me its a healthier version of Shepherd’s pie made with sweet potato instead of regular potatoes and a few other changes. I decided to look up a few versions to get some ideas and came up with a recipe of my own.

So who knows why it’s called “Shepherds Pie?!” Besides it being comfort food I did not know either, so don’t feel bad! Have you heard of the term “cottage pie?”  Here is some information gathered from the internet: Cottage pie was first used at the end of the 18th century. It was around that time that the poorer people of Great Britain (people who lived in cottages in the country), started using potatoes as a everyday food. Shepherd’s pie should only be named as such if it contains lamb, and cottage pie usually applies to one made with beef. So technically my recipe is neither of these since it is made with ground turkey, but there are several different variations. If you are a vegetarian you can swop the turkey or other meat with lentils!

[Tweet “This healthy shepherd’s pie is layered with ground turkey and veggies topped with whipped sweet potatoes and a savory mushroom gravy. |Krollskorner.com”] 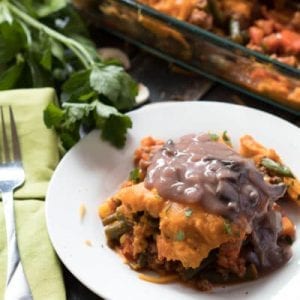 The Gravy is totally optional! Gravy recipe was adapted from the Food Network
Find Kroll's Korner on Instagram!Mention @krolls_korner or tag #krollskorner
I hope you enjoy this recipe. The ingredient list & directions may look long and intimidating but it’s really easy, I am sure you’ll have no problem making it! 🙂 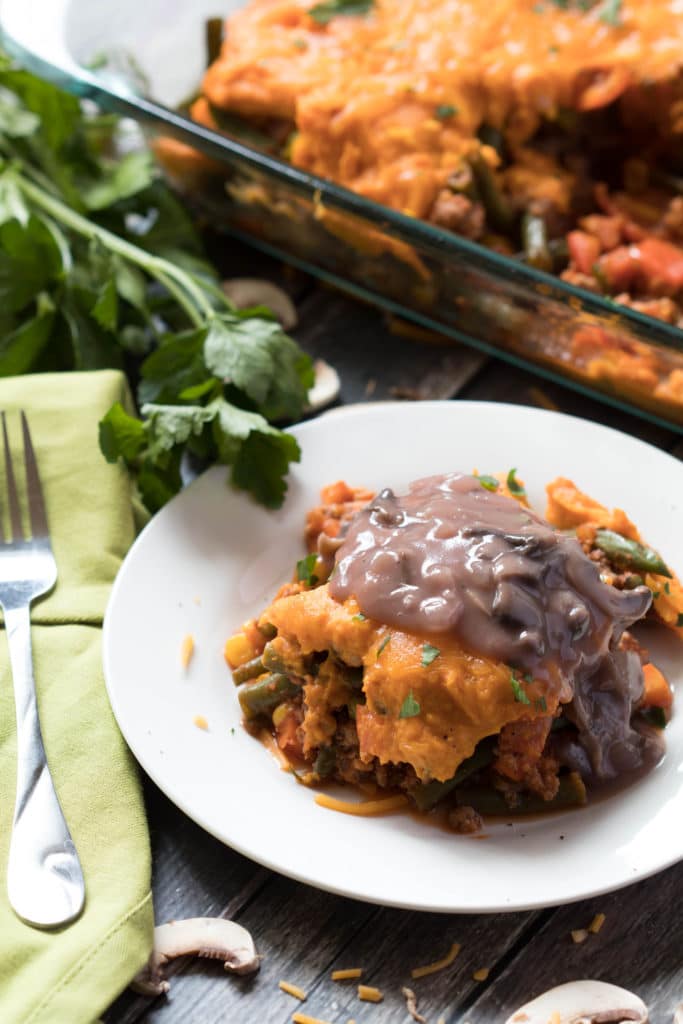 Open
Today marks exactly one month since I posted #Krol

Open
Chicken Piccata 🥰 We just scored a bunch of zuc