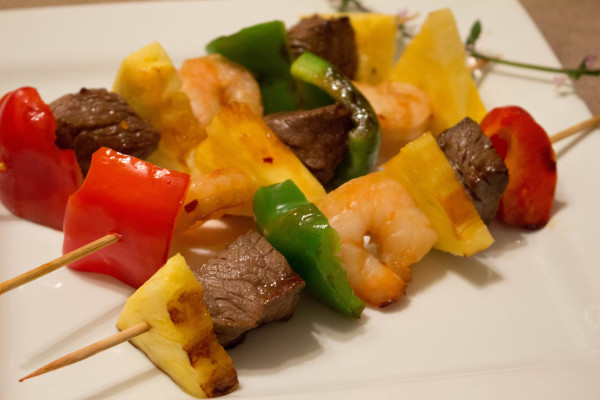 Even though focusing on a plant-based/Mediterranean diet is important, I believe including a few ounces of red meat in the diet once in a while won’t hurt! Kabobs are great because they are pre-portioned and you can stack on the veggies. With these kabobs in particular I was going with a fresh Hawaiian theme so I chose red and green bell peppers, and also some fresh pineapple. You can add summer squash and onions too…or really any veggies you are feeling like. It is a good way to pack in extra vitamins and minerals. Also on these skewers are jumbo prawns and sirloin. (Surf n’ Turf obviously). I marinated the sirloin for ~45 minutes, and the shrimp for ~10 minutes. Details below! 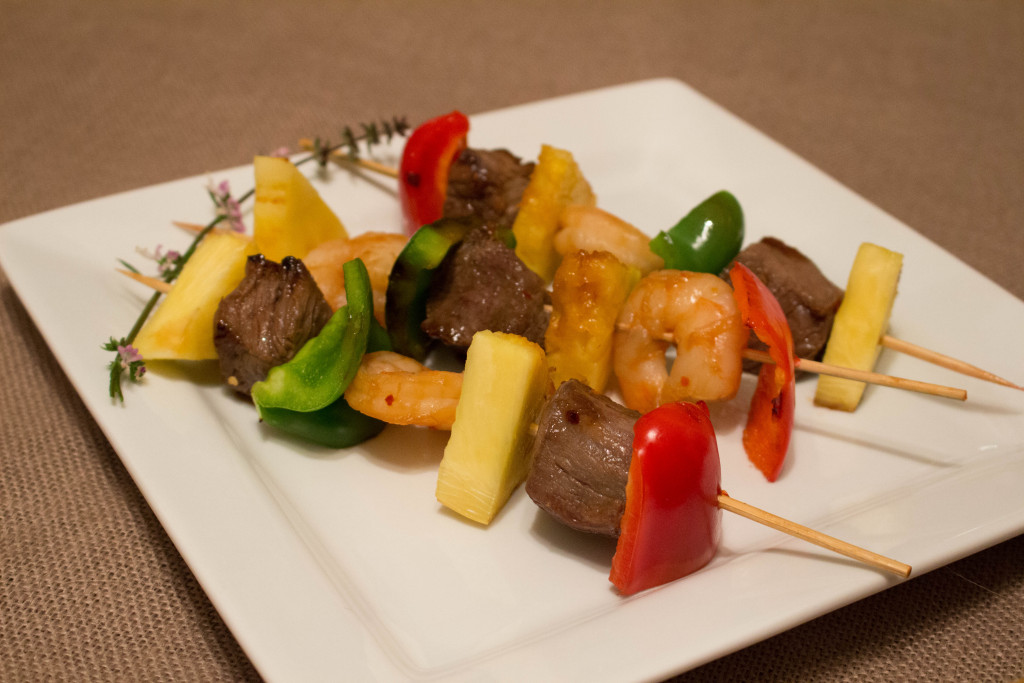 The American Heart Association says, “It’s OK to eat red meat as long as you limit the amount.” If someone has heart disease, eating a lot of red meat is not recommended. Focusing more on lean meats and fish would be a healthier option.

Use these tips below to lower saturated fat & cholesterol when choosing what types of meat to use for your kabobs, how much to eat, and how to cook it: 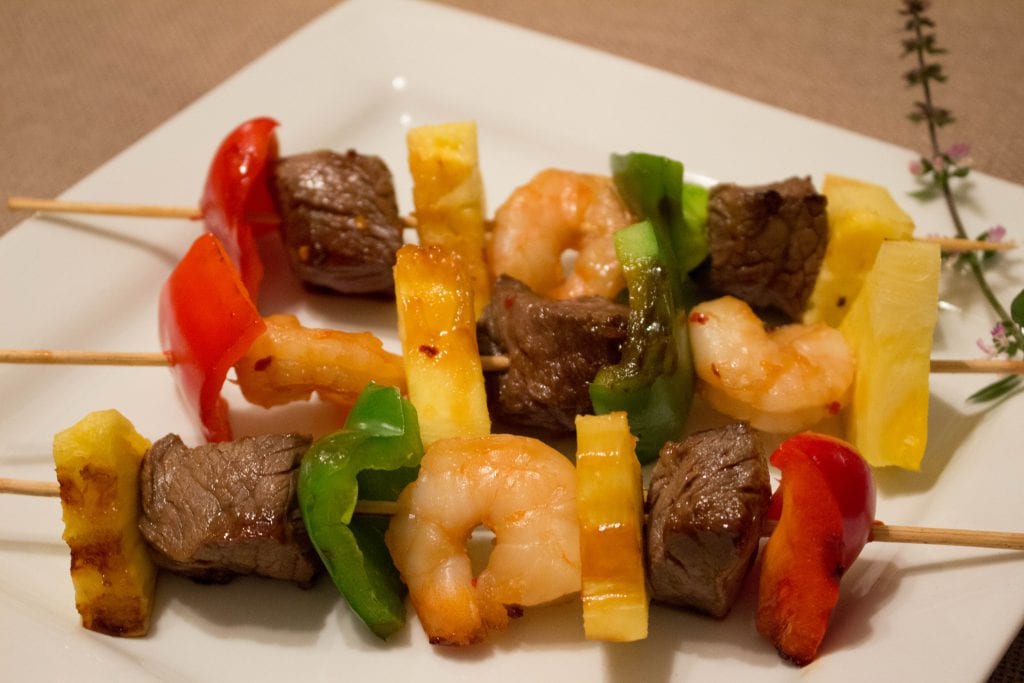 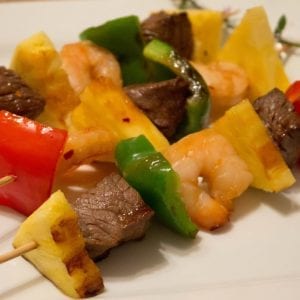 This dinner pairs nicely with Freekeh or bulgar pilaf and a side salad.
Find Kroll's Korner on Instagram!Mention @krolls_korner or tag #krollskorner
Hope you enjoy!