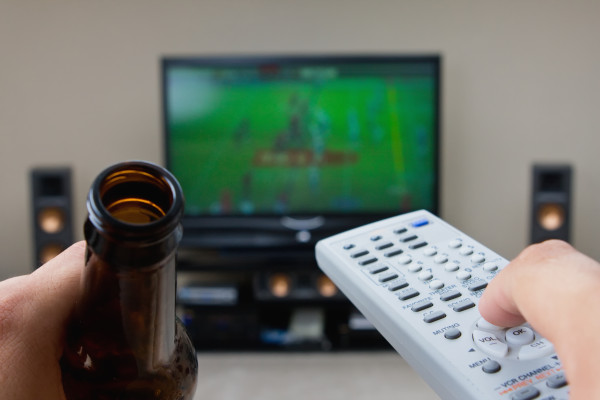 It’s a fact, Super Bowl Sunday is the second biggest eating day of the year after Thanksgiving. We have all made our New Year’s Resolutions and are probably sticking to them pretty well so far. Try not to let the first day in February shatter your goals or wreck your havoc by binging on unhealthy food and drinks! Besides New Year’s Day, Super Bowl is kind of like the first “holiday” of 2015 where you will be socializing and tempted by a variety of yummy foods. Maybe with some of these Super Bowl statistics, you will change your mind about eating all those greasy chips and BBQ wings! 🙂

So with the Super Bowl quickly approaching, I thought it would be fun to do a little trivia/quiz on nutrition and food facts.

1. According to the National Chicken Council’s 2014 chicken wing report, how many wings were consumed during Super Bowl XLVIII?

3. This party day is also a huge grazing day. According to a spokeswoman from the Academy of Nutrition and Dietetics, if you were to eat 3 slices of pepperoni pizza, 6 spicy wings with dressing, 2 beers and several ounces of potato chips, and a cookie…about how many calories would you be consuming?

4. According to the Hass Avocado Board, how many pounds of avocado was consumed last Super Bowl?

5. Dominos and Pizza Hut expect to sell how many slices of pizza?

6. From snacks alone, how many calories will the average fan eat?

8. What percent of viewers will snack on carrots, nuts and seeds?

9. How much beer is consumed during Super Bowl Sunday?

I know it can be tough to be mindful of your eating behaviors, especially on big events like the Super Bowl. Try not to eat just because it’s half time and you’re “supposed to grab a snack.” Listen to what your body is telling you. Just remember it takes ~20 minutes for your brain to catch up with your stomach to communicate the feeling of fullness. Satisfy your hunger, but try not to overindulge. We don’t fill up our gas tanks past full right? 🙂